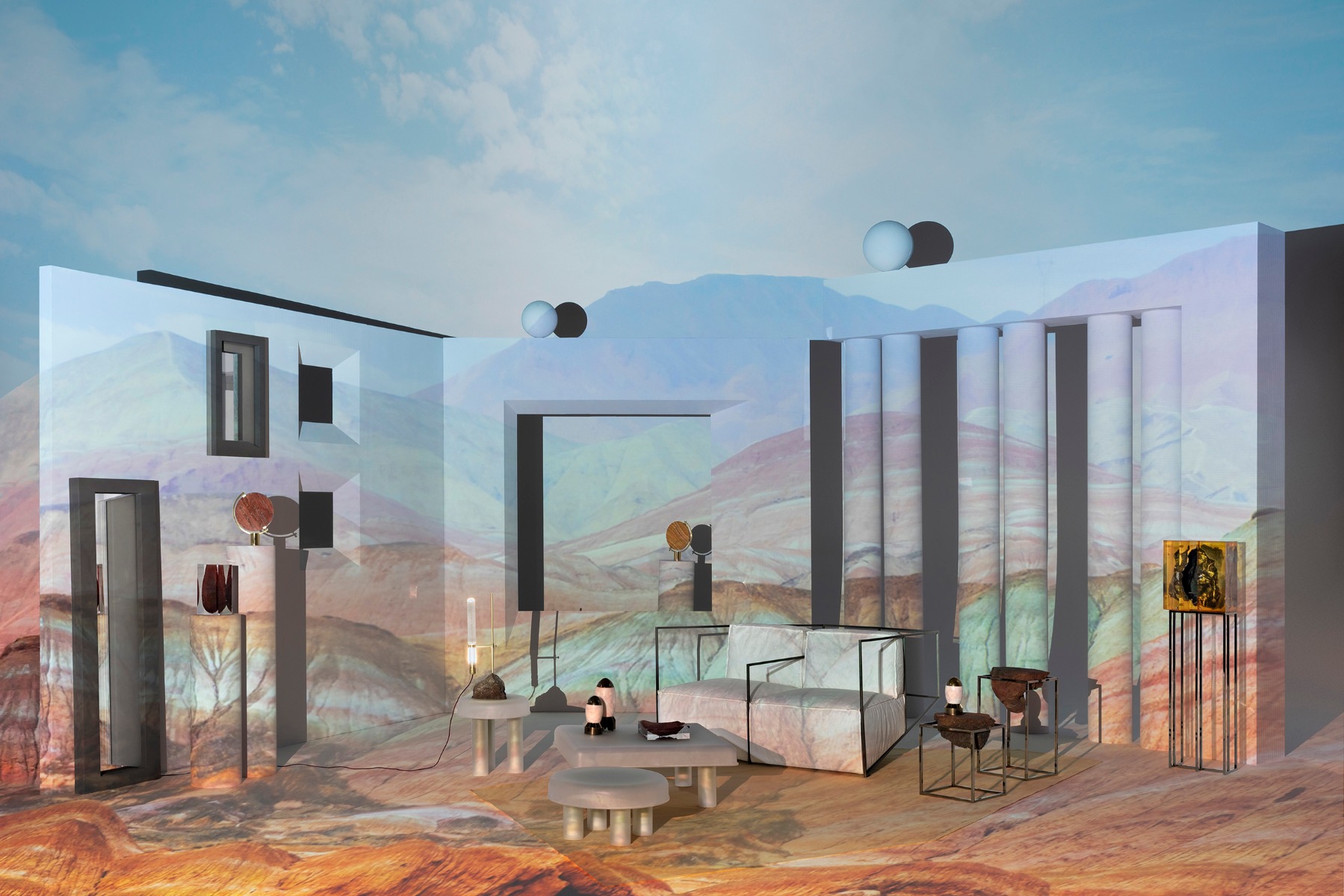 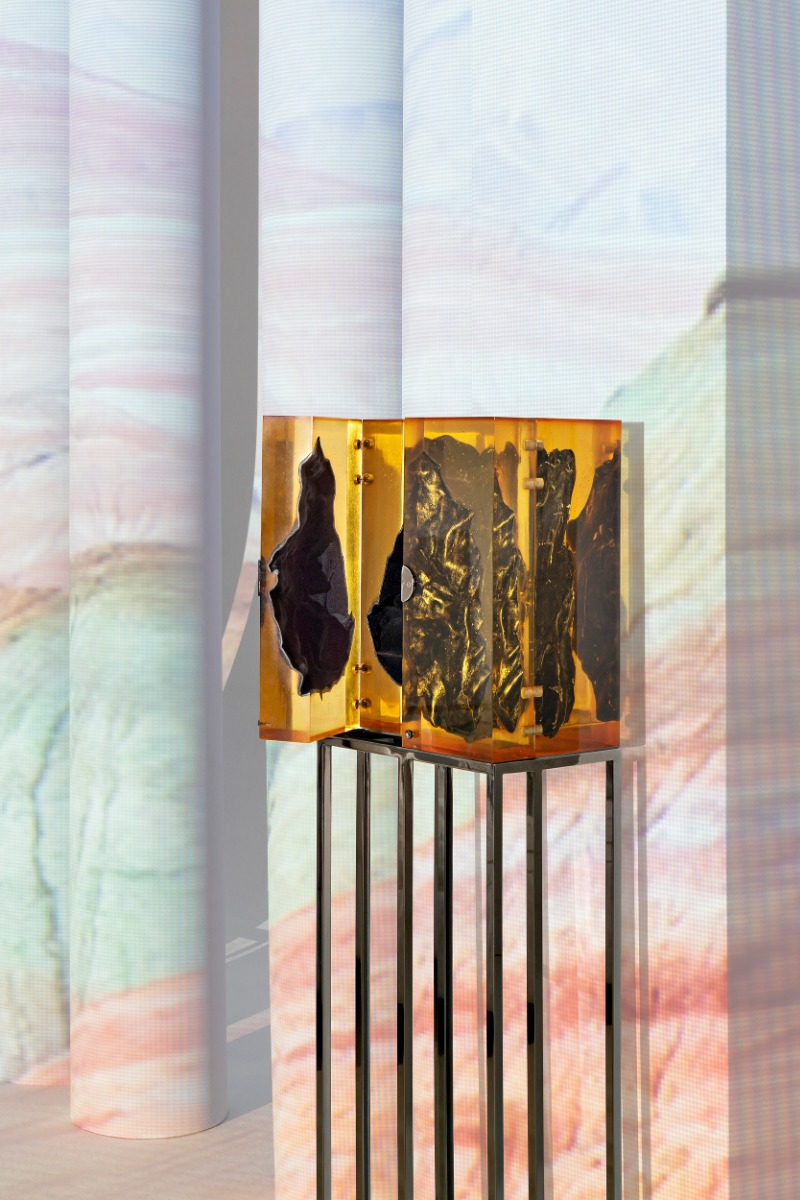 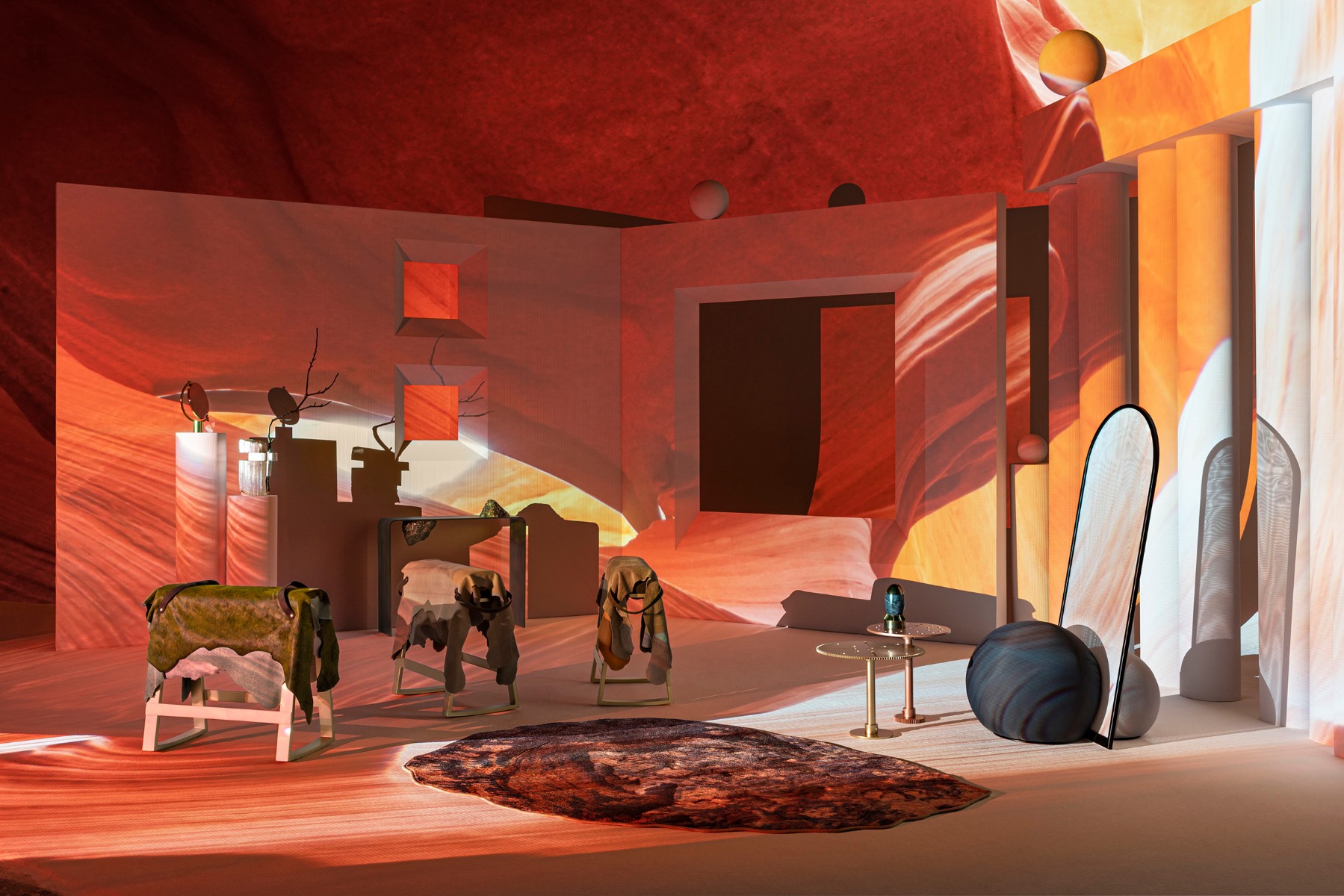 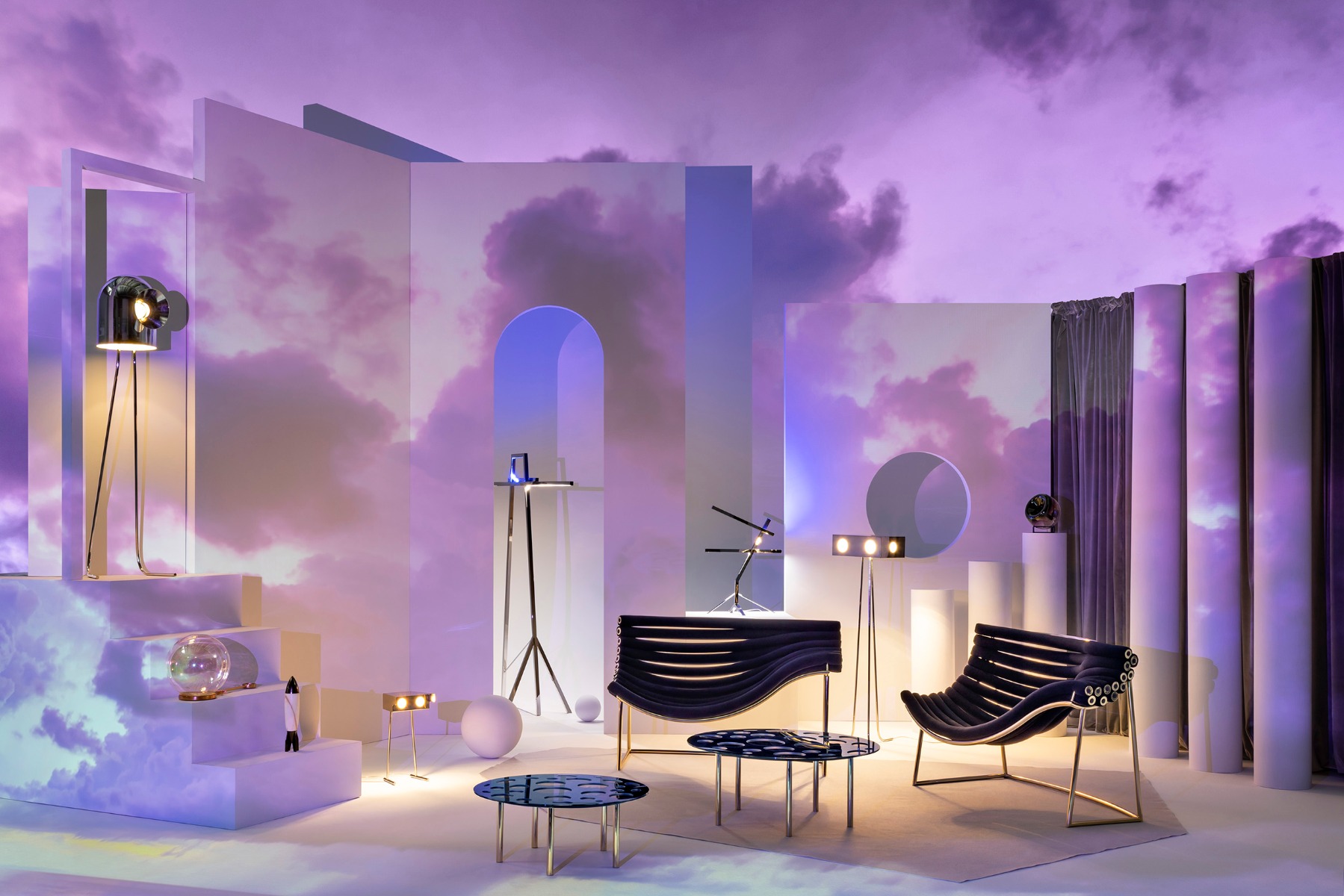 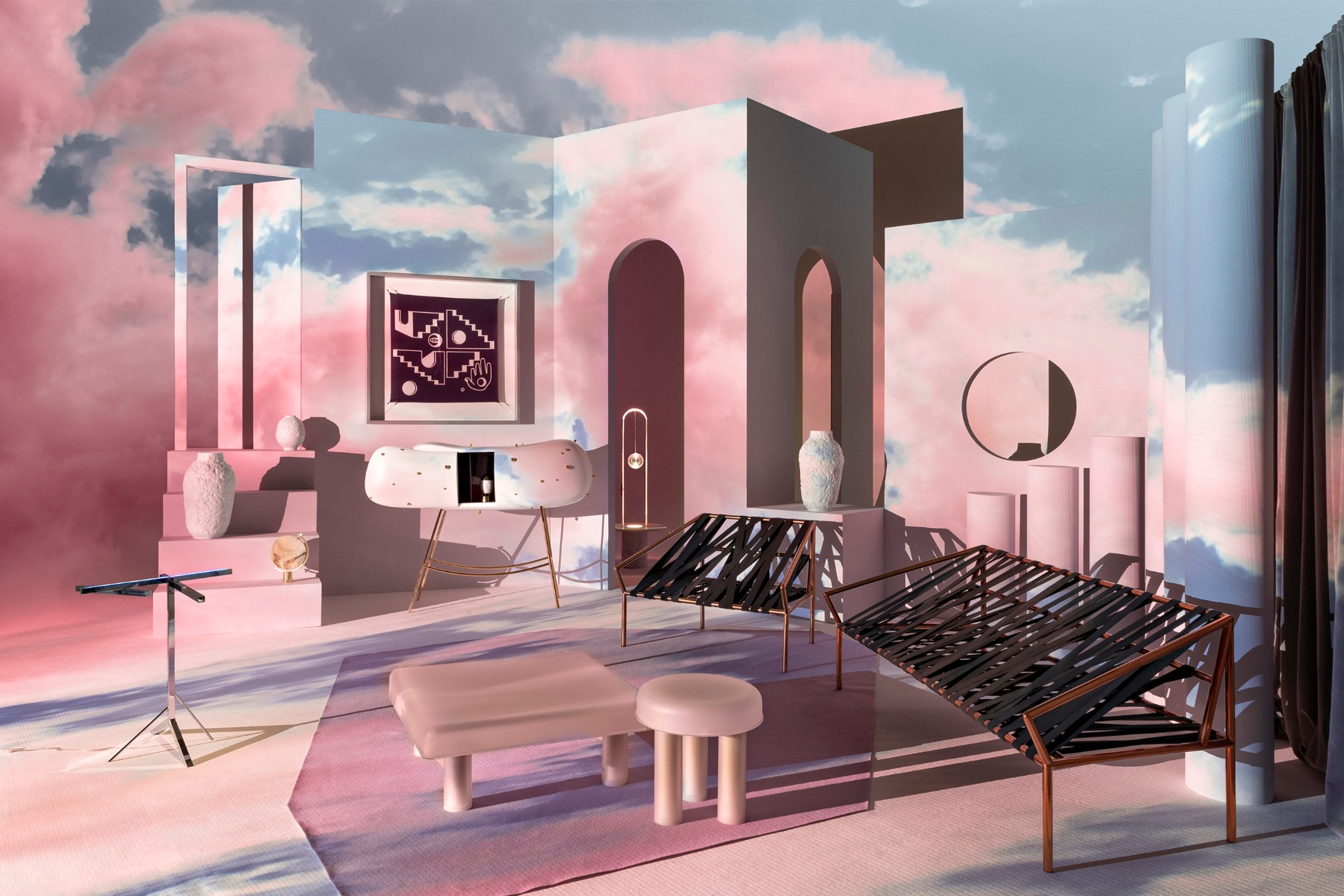 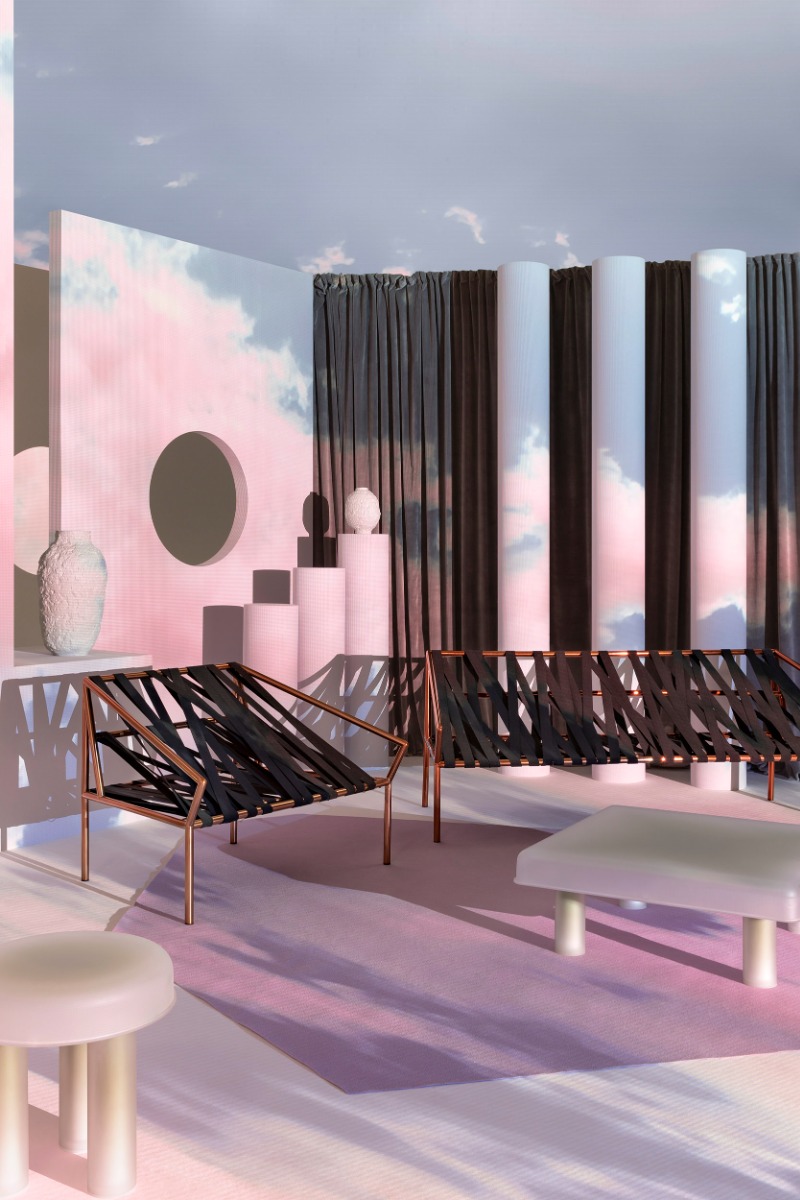 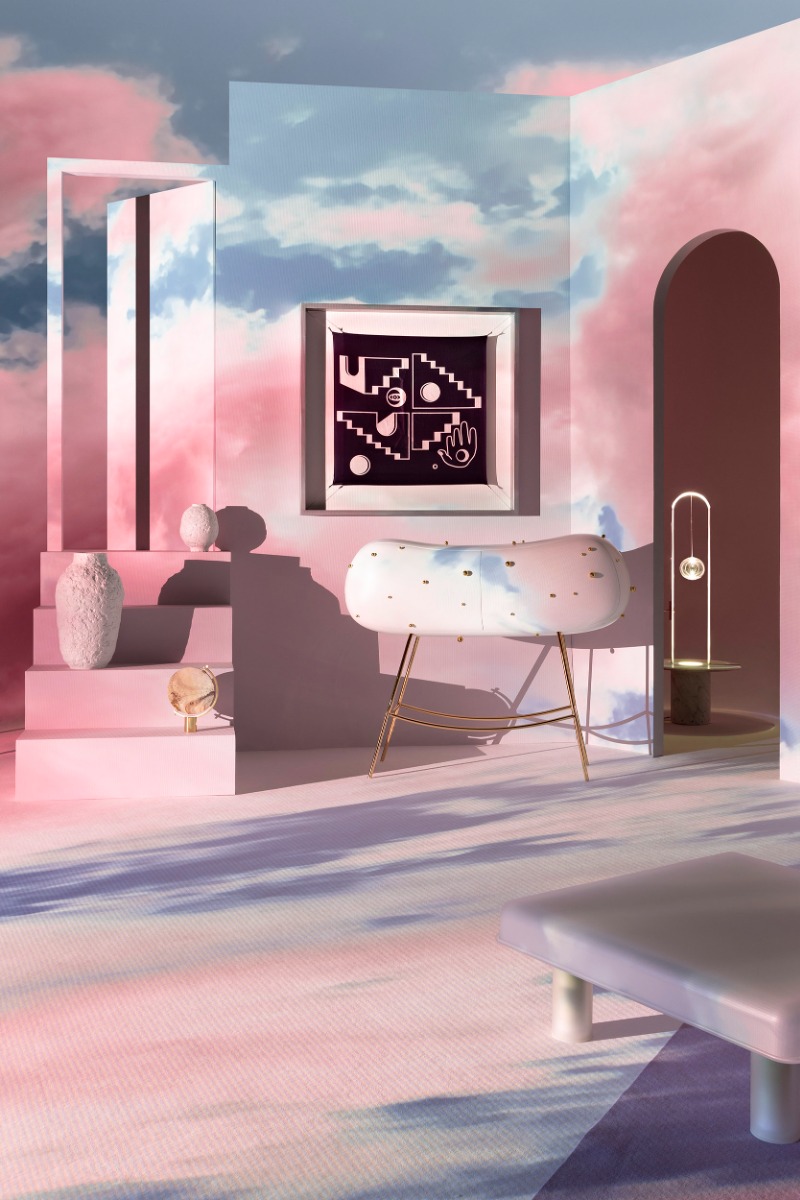 Projections is a project that frames the deep soul of JCP Universe in a series of metaphysical shots, curated by Studio MILO in collaboration with photographer Beppe Brancato.

True “objects of wonder” that invite viewers to an imaginary alternative reality, JCP Universe creations are based on a design idea that goes far beyond functionality, an approach according to which design must be surrealist to inspire such wonder.

This generated the idea of a photographic narrative which retraces the history of the brand by framing its most iconic pieces in a non-canonical way. Inspired by the theater universe, Studio MILO created a scenography made up of “projections”, a term meant in the literal sense, but also metaphorically. So, insubstantial scenes, made up of projections of environments inspired by the primary elements, are colored in unconventional tones to embrace the furnishings - coffee tables, lights, consoles, seating and accessories - that seem catapulted into a parallel universe.