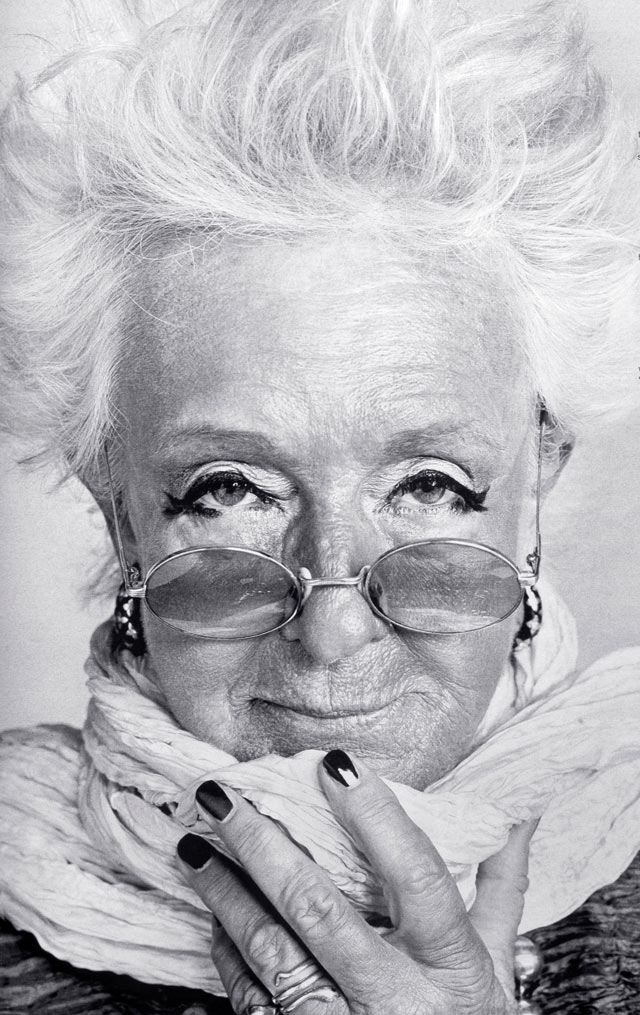 Nanda Vigo was born in Milan in 1936 and graduated from the InstitutPolytechnique of Lausanne. Since 1959, she has exhibited her work in galleries and museums in Europe and Italy; she is part of Gruppo Zero and she has also collaborated and exhibited with Gio Ponti and Lucio Fontana. In 1965 she curated the legendary exhibition “ZERO avantgarde” in Lucio Fontana’s Milan studio.

Vigo’s work is interdisciplinary, combining art, design, architecture and the environment, and she is involved with numerous projects as an architect, designer and artist. What distinguishes her lively career is attention to and research into Art, something which has pushed her to collaborate with some of the most significant figures of our time and to always undertake projects aimed at promoting Art, such as the exhibition “ITALIAN ZERO & avantgarde 60’s” at the MAMM Museum in Moscow in 2011.

In 2014/2015, she exhibited at the Guggenheim Museum in New York, the Martin-Gropius-Bau in Berlin and the Stedelijk Museum in Amsterdam as part of retrospectives dedicated to ZERO. Between 2013 and the beginning of 2016, she has been the focus of several solo exhibitions: “Nanda Vigo Lights Forever”, Allegra Ravizza Gallery, Lugano, “Affinitàelette” (“Eligible affinities”) at the San Fedele Centre in Milan and then at the Lercaro Foundation in Bologna, “Zero in the mirror” at the Volker Diehl Gallery in Berlin, as well as the more recent “Nanda Vigo” at the SperoneWestwater Gallery in New York.

She participated in the XXI Triennale (21st Century. Design After Design) and in 2016 presented her first monumental work, “Exoteric Gate”, which was exhibited in the Ca’ Granda courtyard of the University of Milan. In 2017 she took part in the exhibition “Fantasy access code” at the Palazzo Reale in Milan and the K11 Museum in Shanghai, in collaboration with Alcantara, in “Socle du Monde, Biennale 2017” at the Heart Museum in Herning, in Denmark, and in the exhibition “Lucio Fontana. Ambienti/Environment” at Pirelli Hangar Bicocca, Milan. In 2018 she realized for the Maxxi Museum of Rome, in collaboration with Alcantara, the exhibition “Arch/arcology”.